Hackathon project: Mirror for Podcasts that uses Lens protocol. The podcast itself is stored in IPFS and published as a post on Lens

Hackathon project: Implemented an SDK to help developers to quickly and effectively integrate micro incentives in their projects.

Hackathon project: A better way for DAOs to organize and rank information that is shared from within the organization.

A WhatsApp bot that every day it sends a new word, expression together with translation and pronunciation.

Connect with people that have gone through similar doubts or issues by simply creating a room and joining a call at the scheduled time.

Developed a computer vision-based system in which the system is able to describe the movement and relative position of the device by a camera footage.

During this season, I was in charge of the design and implementation of the dashboard and lightning system of the new single-seater for the 2016-2017 season.

The original design of the dashboard I was starting off looked like this: 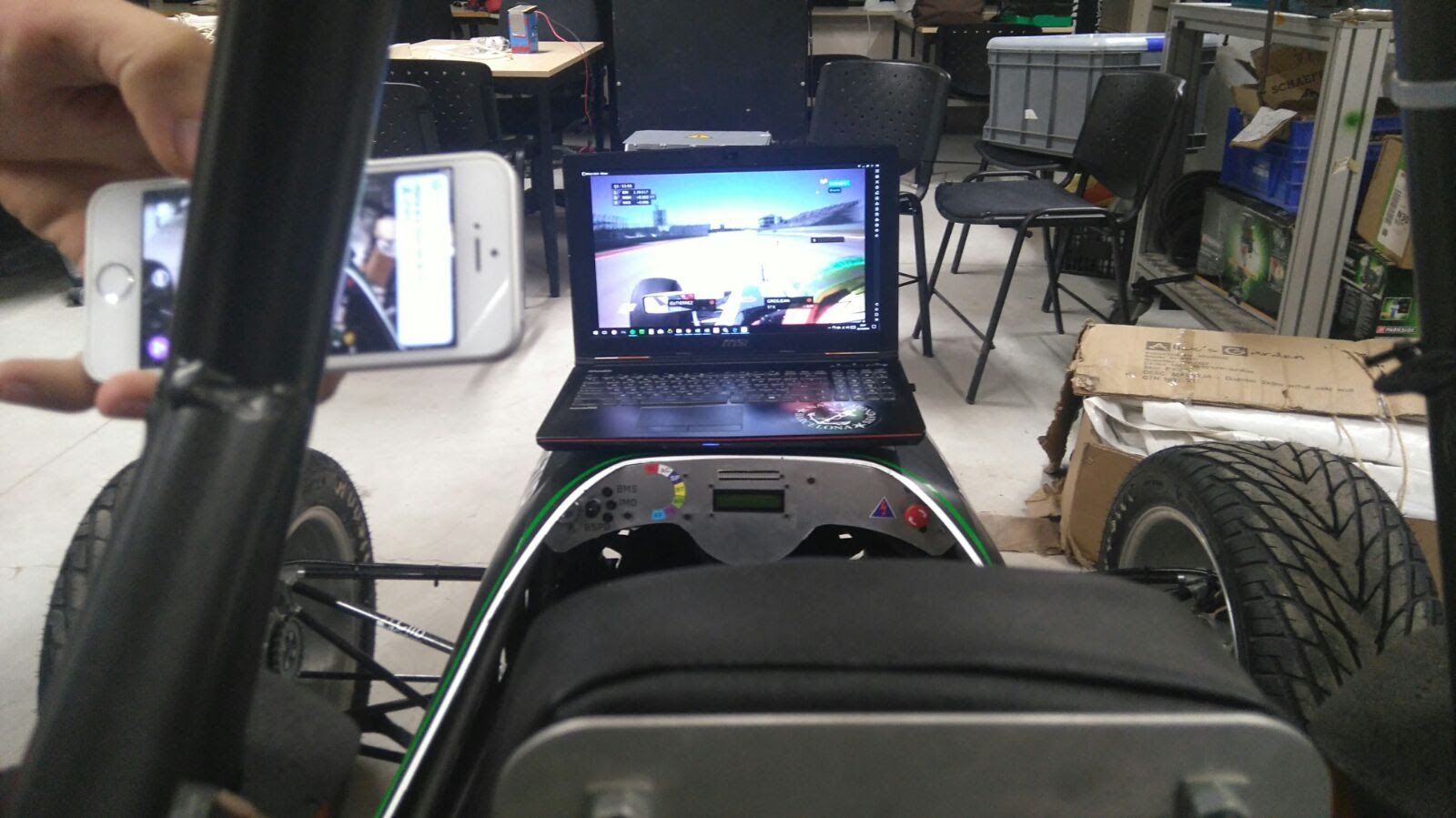 This design had a bunch of flaws. Namely, the harness was very unreliable given that the casing that protected it from rain was subdivided in 3 different boxes that were interconnected.

For the new design, I started off by choosing and selecting a matrix display where it would be possible to show more information and that would also be visible with direct sunlight.

I tested a bunch of displays before making the final decision: 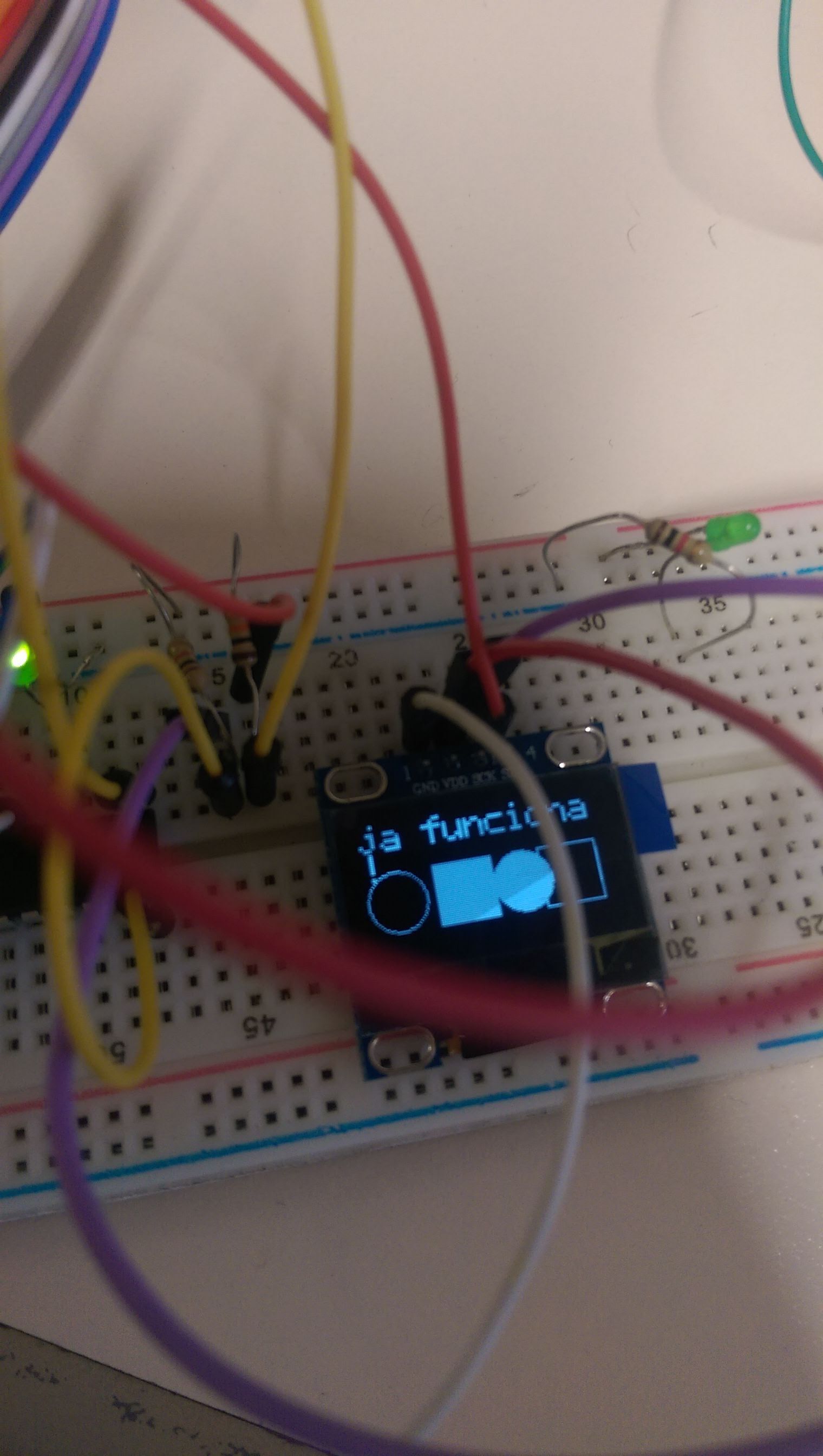 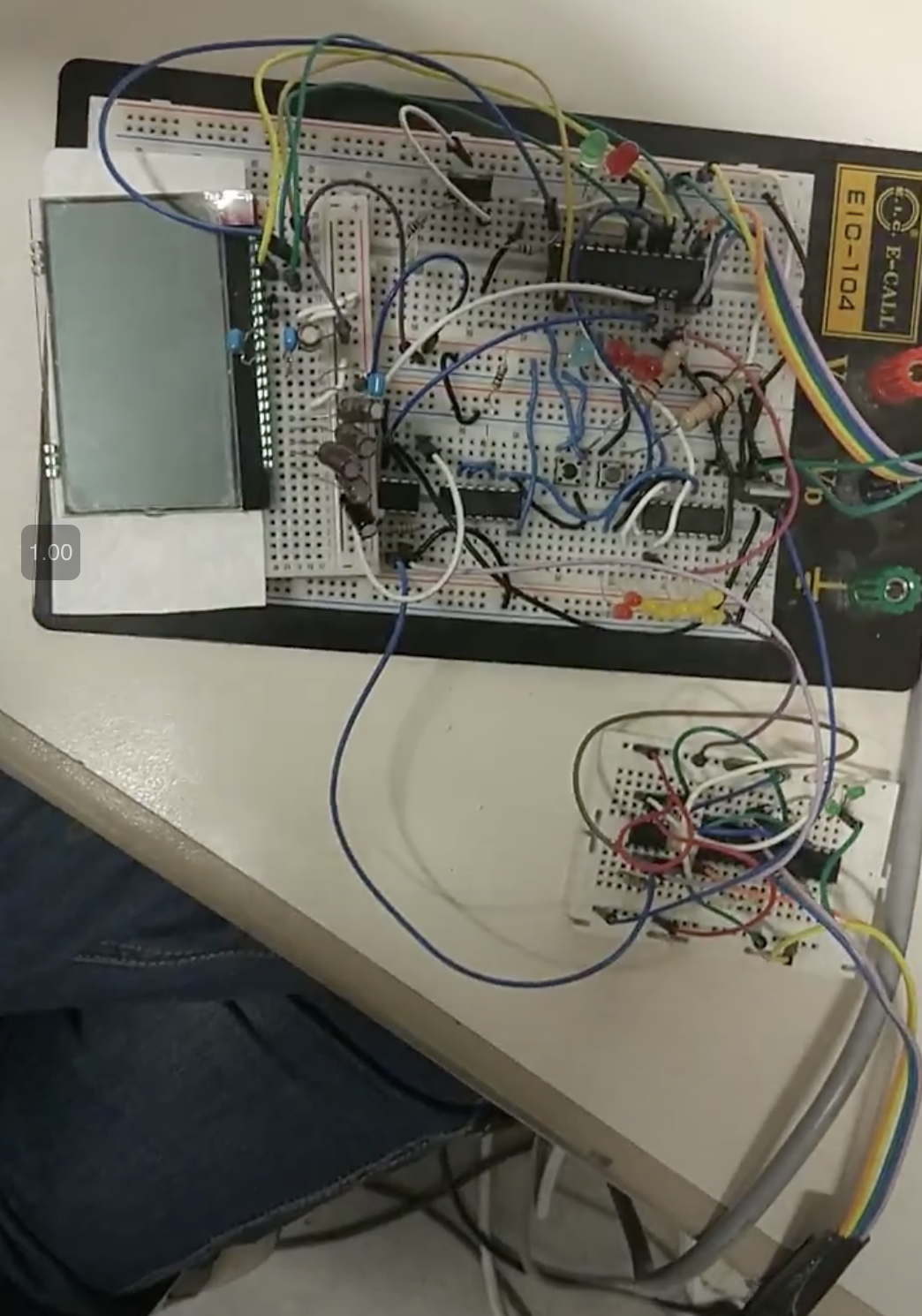 After some weeks of work, I managed to get it working: 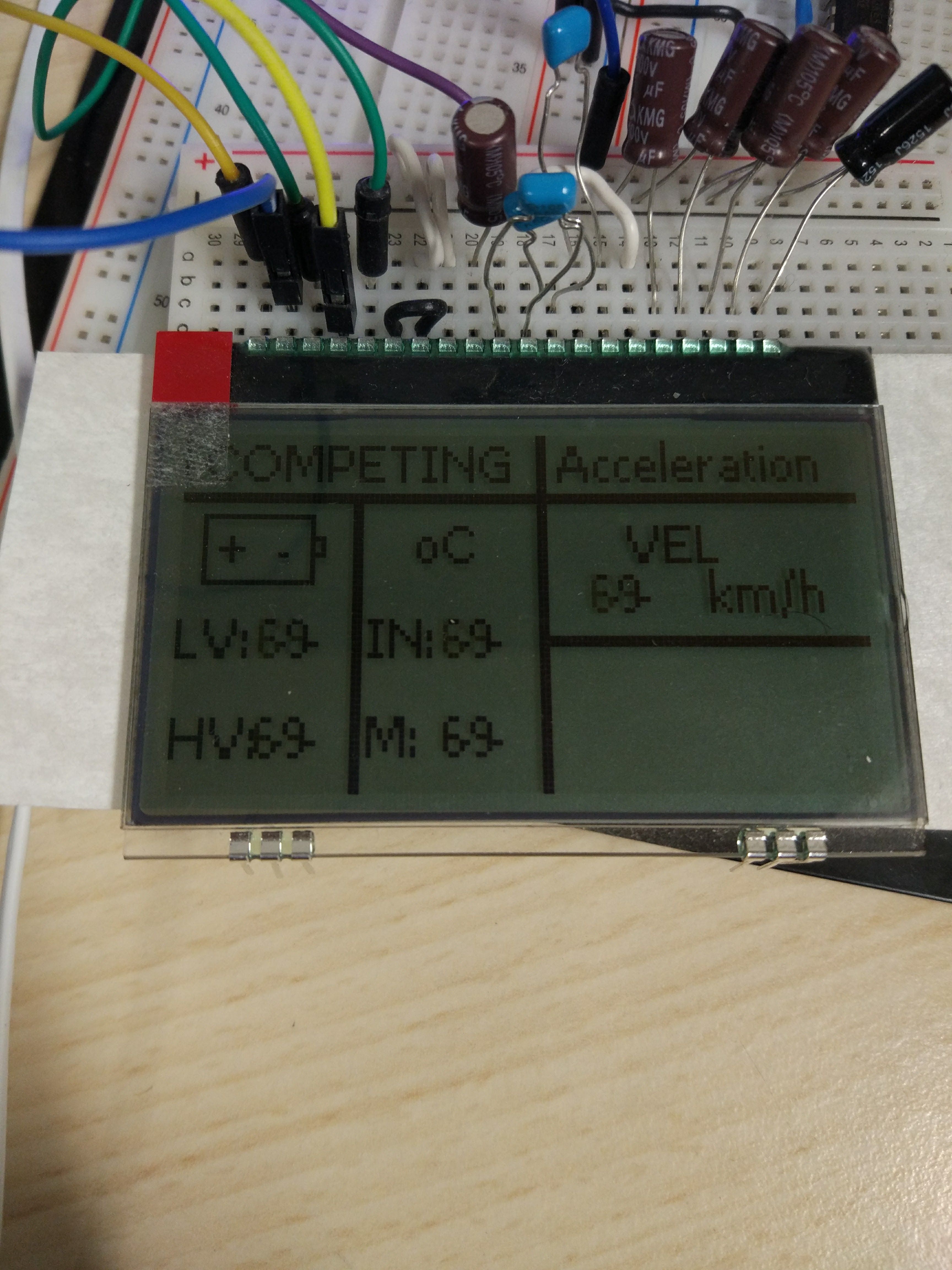 That was the start of the PCB design process, where I was deciding what would be the components that would be included in the dashboard. Finally, I decided for a custom made array of LEDs to indicate battery level, as well as the compliant LEDs for error states and the stop switches. I also added some menu control switches in case the switches we included in the steering wheel would fail. 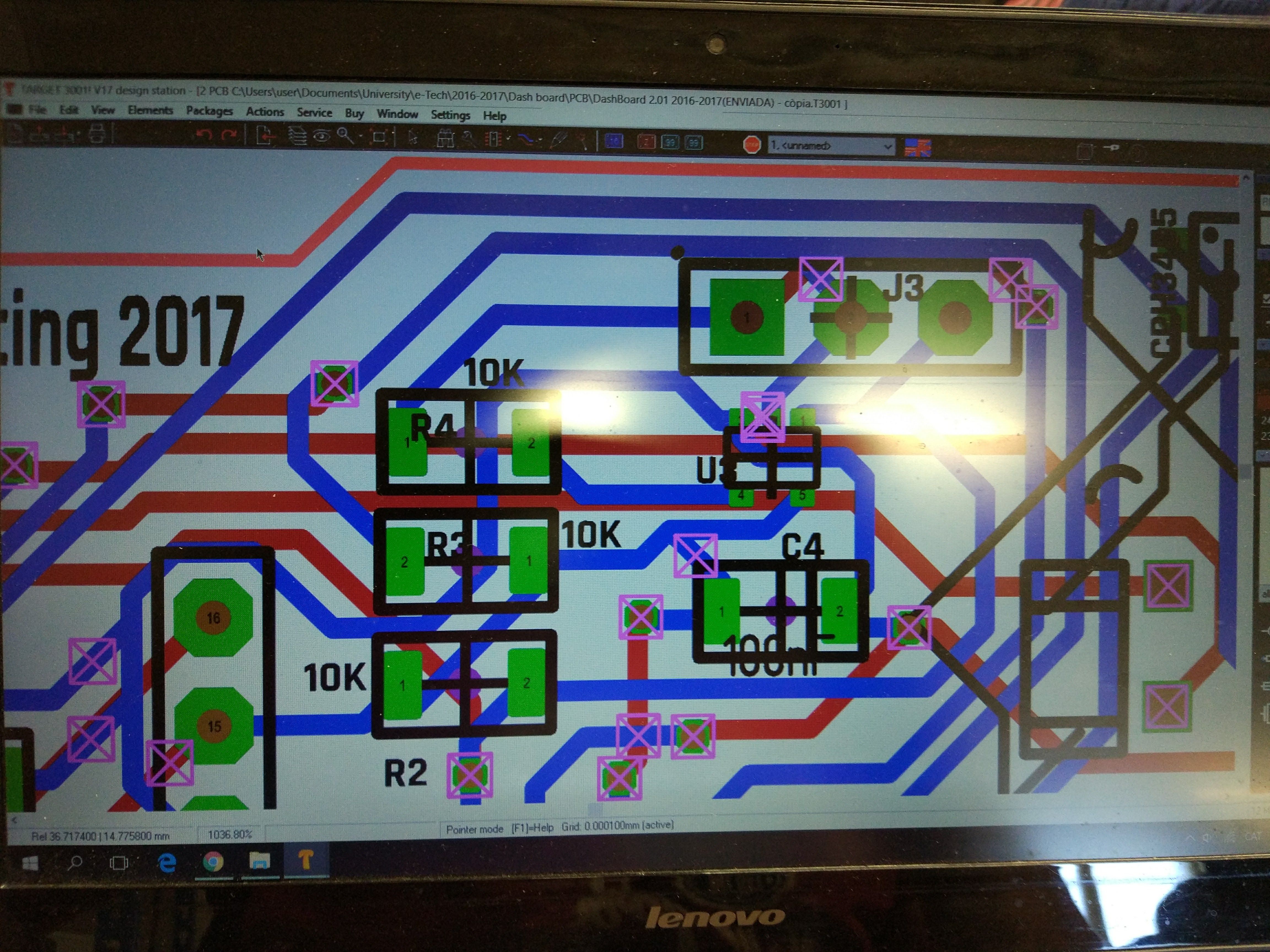 The design and printing of the PCBs was pretty smooth, but short after I figured out they had some flaws that I had to mend manually with some nasty soldering on top. 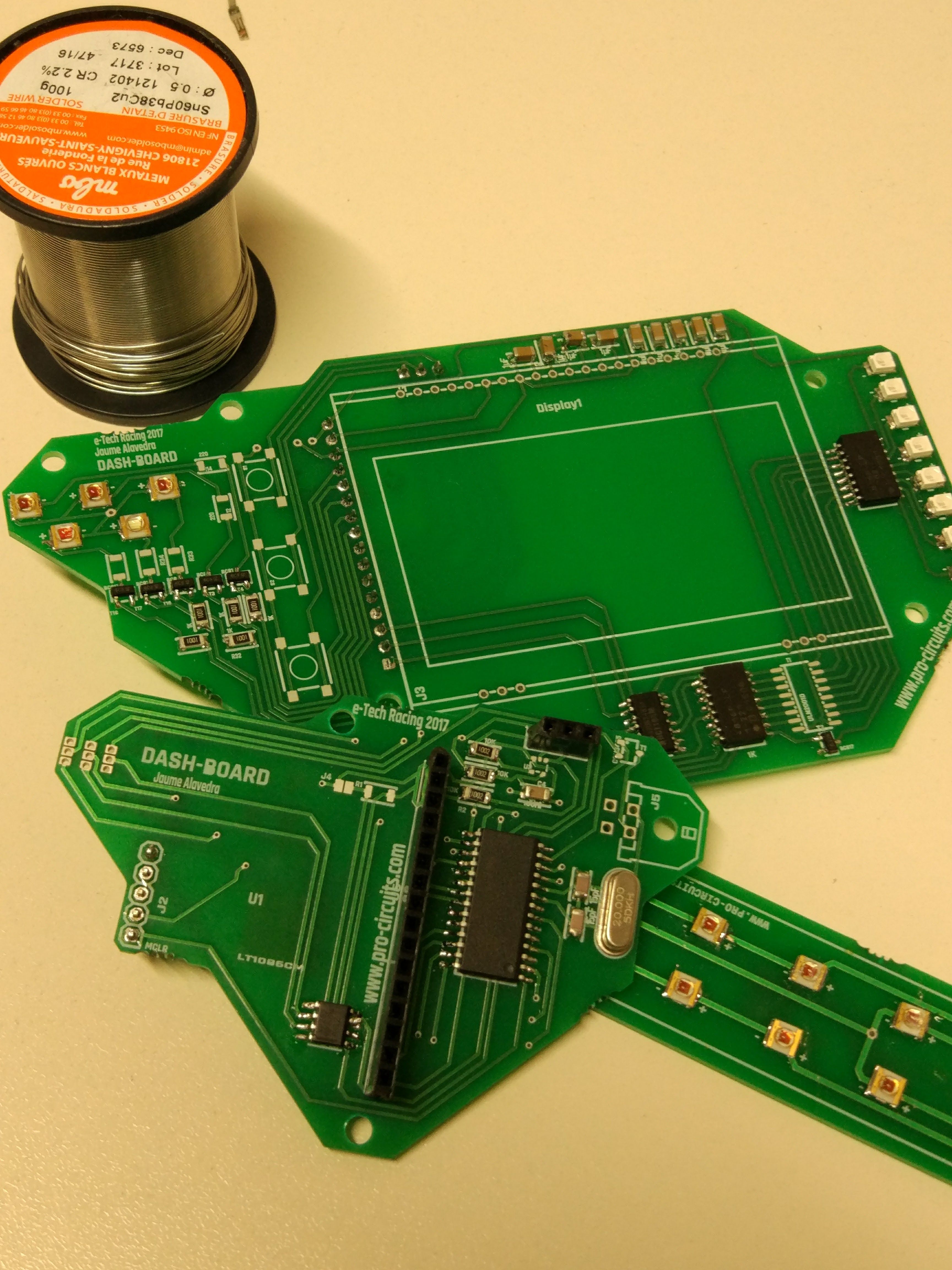 Fixing issues in the PCB 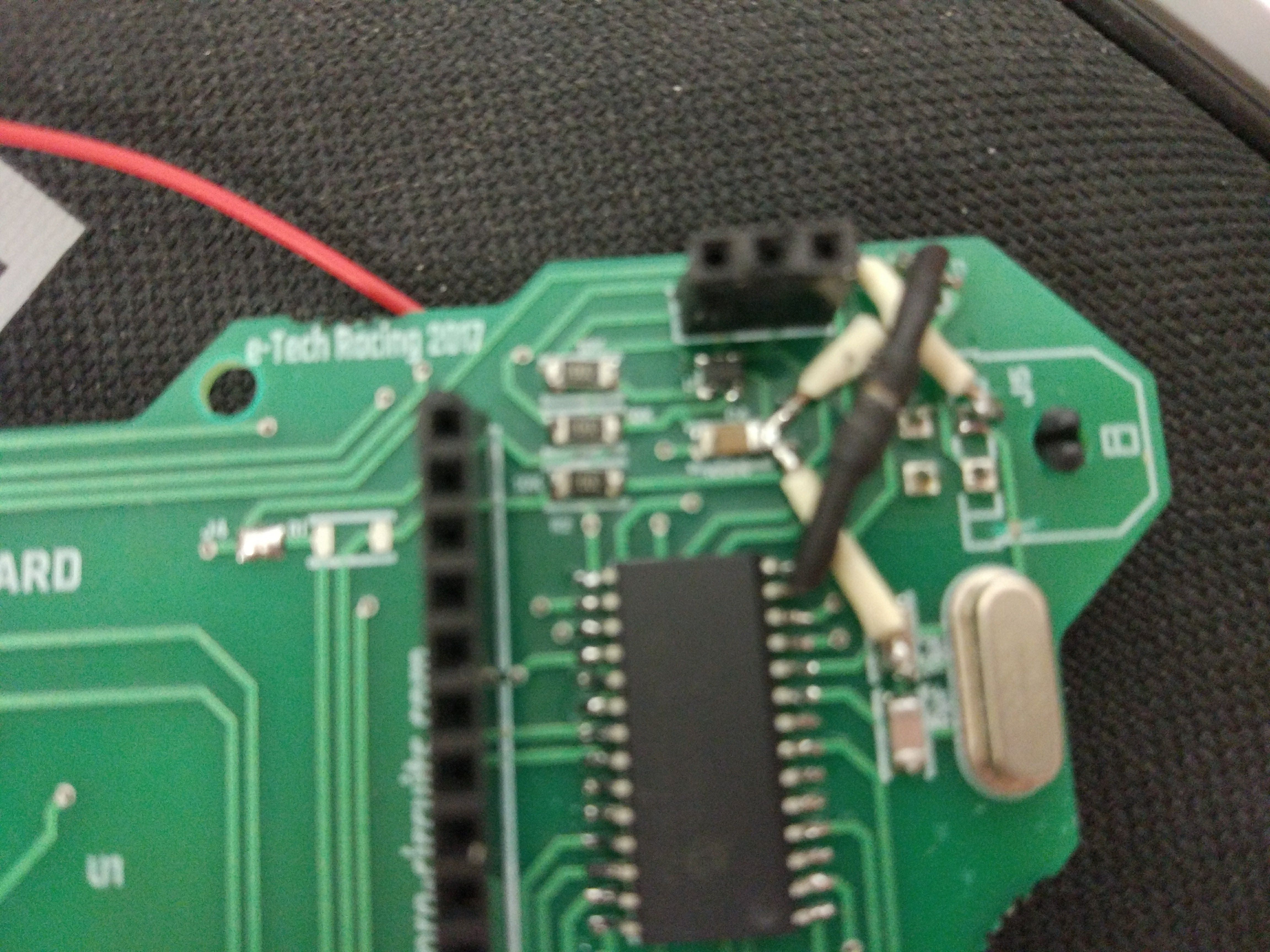 After the design of the PCB was finalised, I helped design the enclosing for it. It needed to be dust and water resitant and as easy to manufacture as possible. 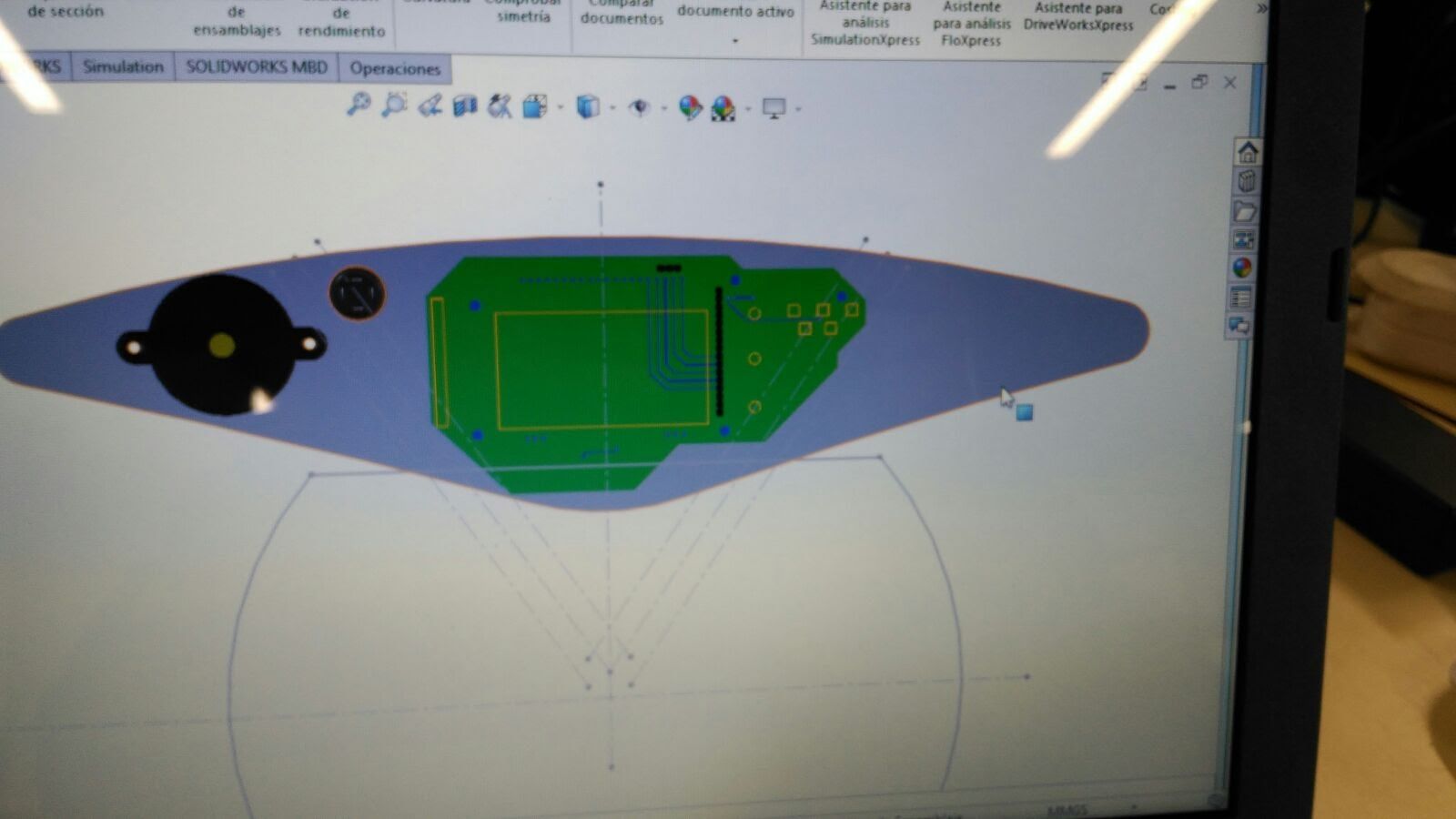 3D render of position of dashboard in car 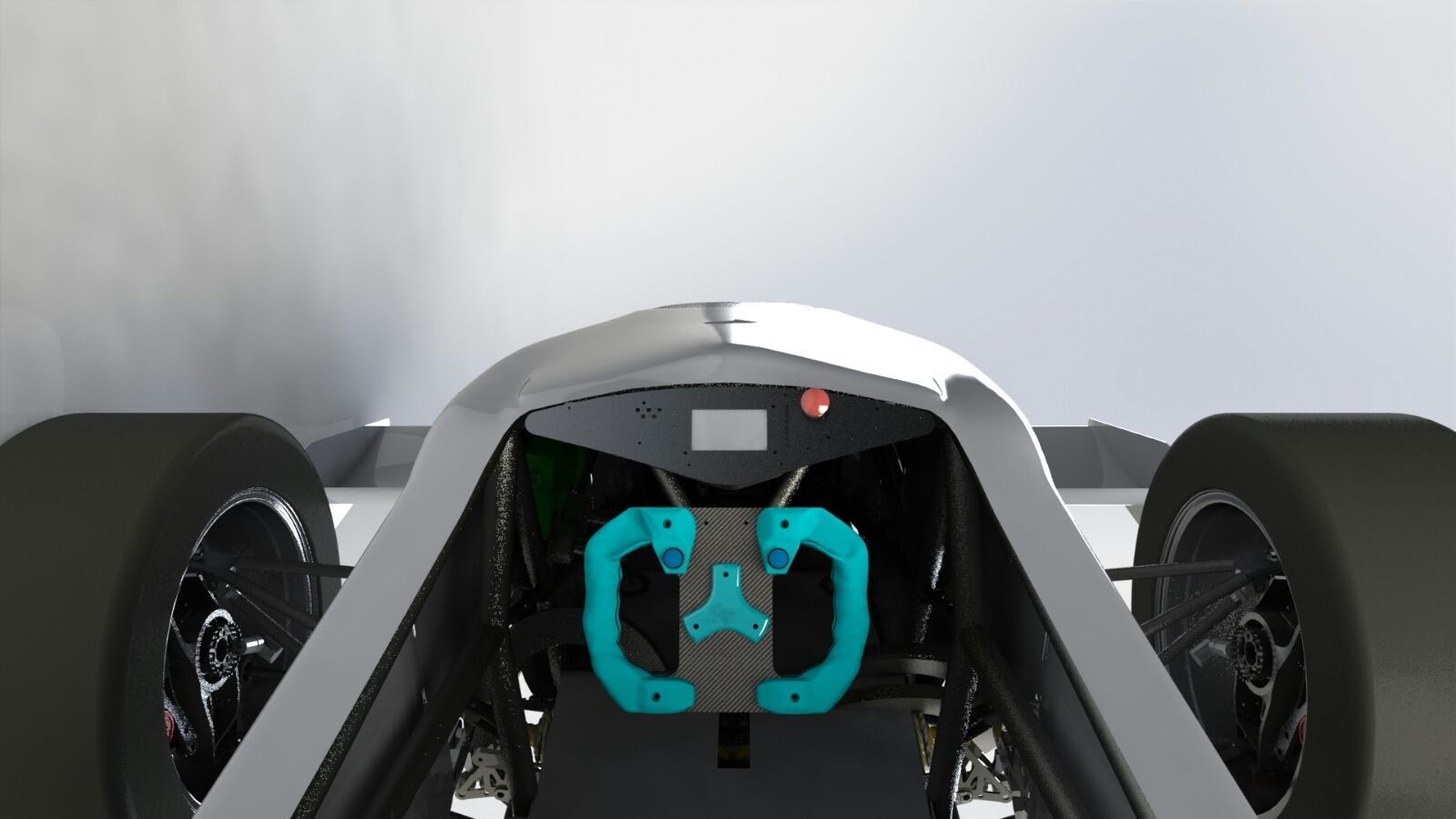 Final fit in the car 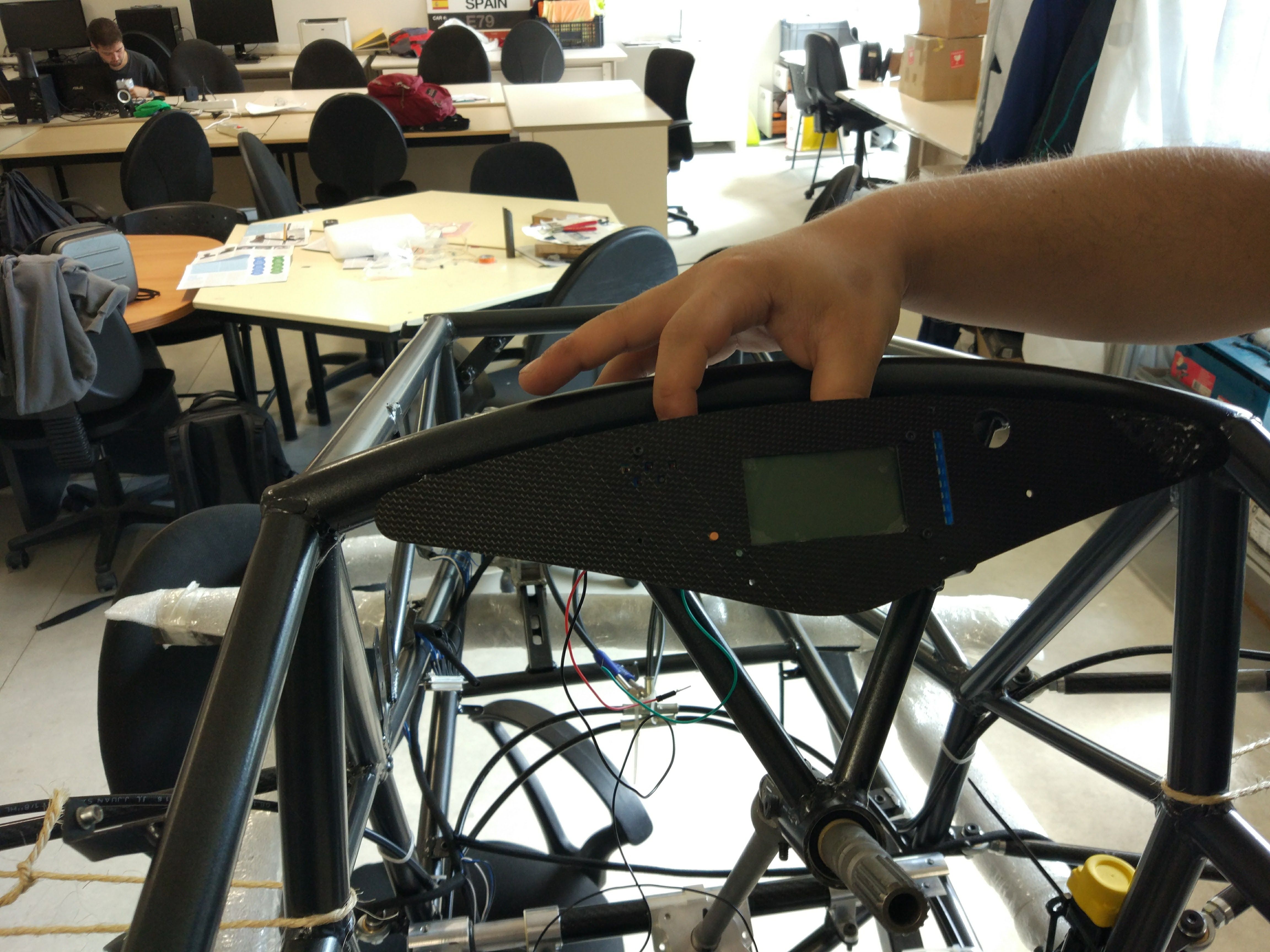 Final fit with the wheel 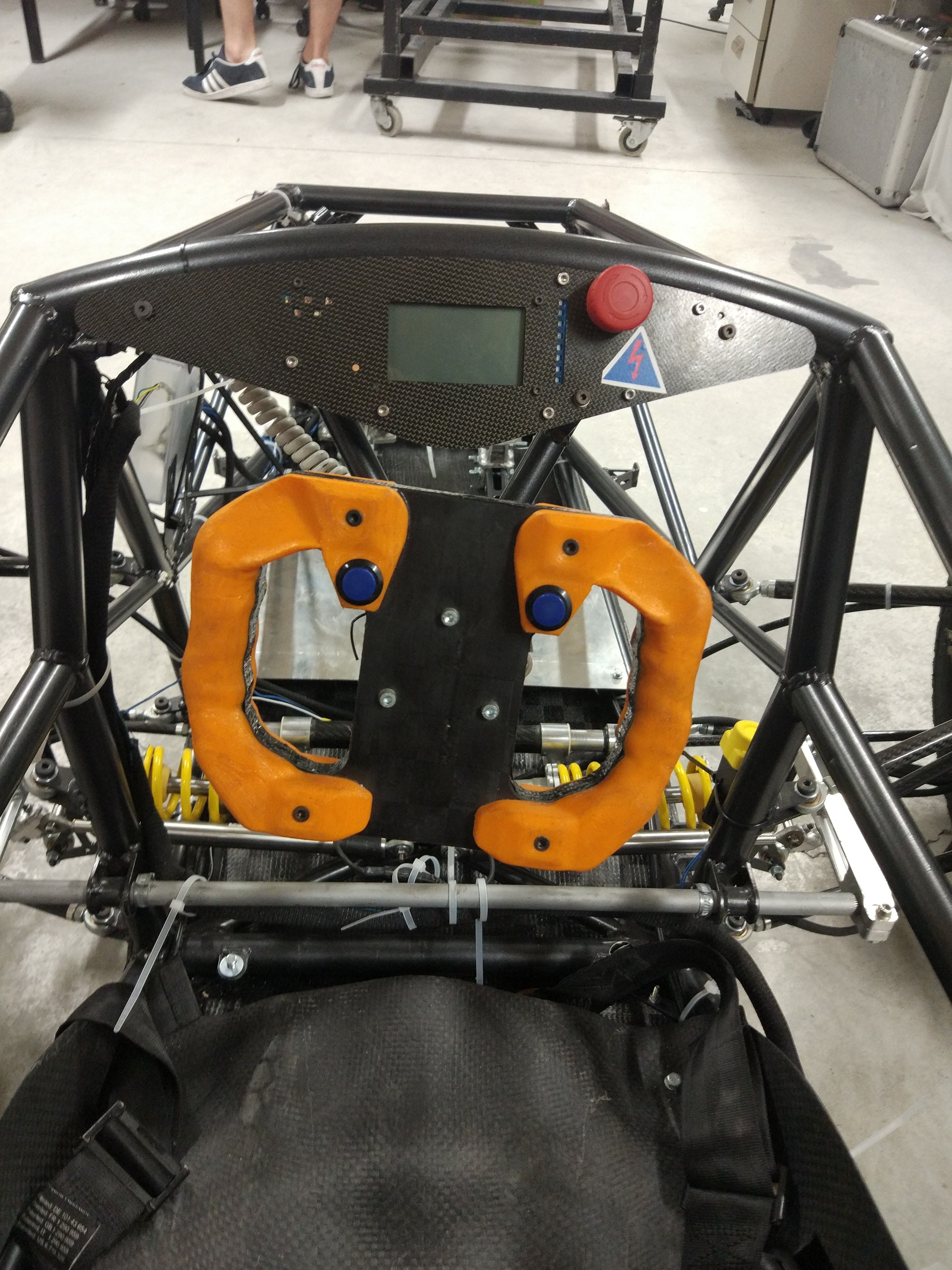 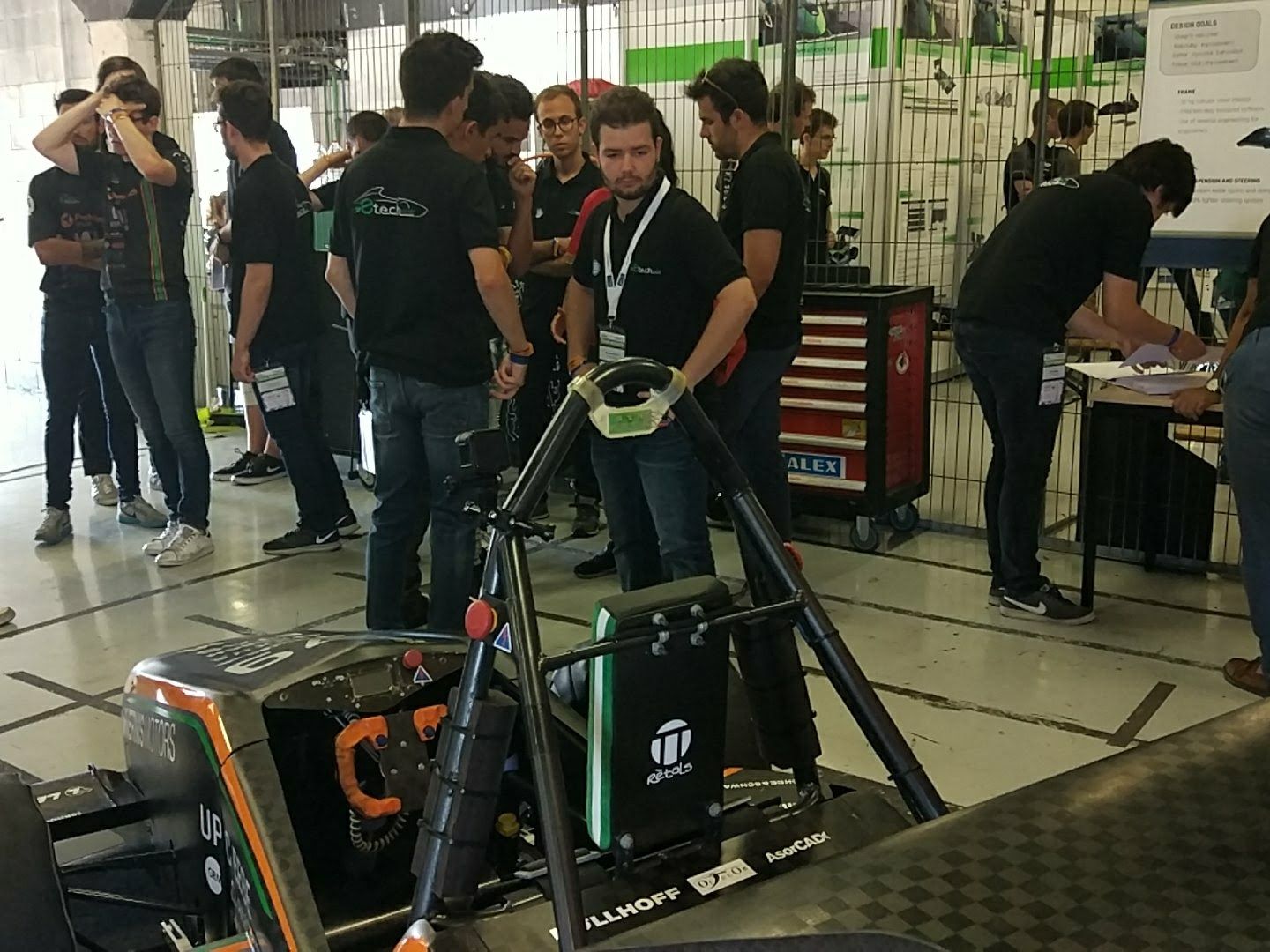 📮 Subscribe to receive my (very rare) notes and updates via email:

I'm an engineer building what's next